Is the school district being fiscally responsible? 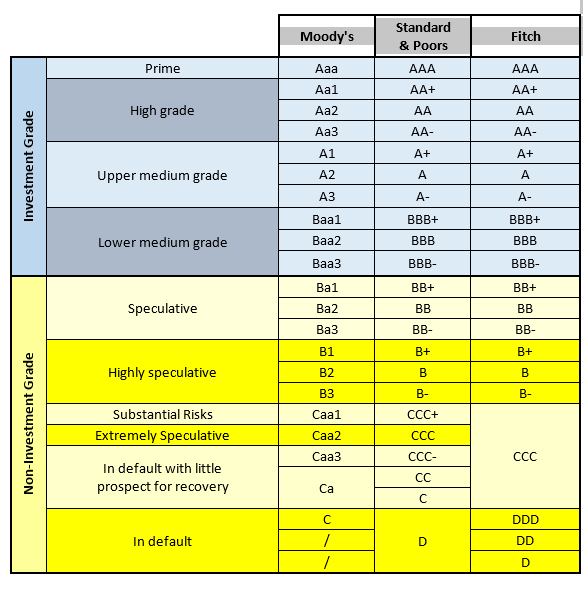 How is the school district funded?

How Changes to State Aid Formula Have Hindered the District

What’s an Opt-Out and What Does it Mean for RCAS?

I thought that Gambling Revenue from video lottery was supposed to fund education in South Dakota.  What happened to that notion?

The gambling tax revenue goes to the State general fund and from this fund the State pays a portion of local education funding called State Aid. This aid goes into the District’s General fund and pays for approximately half of the operating costs of public schools throughout the state. 85% of the general fund covers teacher and support staff salaries. The video lottery money allows the State to subsidize the cost of education, otherwise each community would have to fund a higher percentage of the costs through higher property taxes.

How is the Capital Outlay Fund used?

Why did RCAS wait so long to address these deteriorating building conditions?

How many school administrators are there?

How much did the remodel cost to the new Rapid City Education Center (administration building)? Where did these funds come from?

How is the bond structured?

This is a conservative valuation increase as growth in our community has exceeded 5 percent in recent years. At 5% growth, the levy to meet the payment that year will be lower than $.85/1000 because the payment is fixed regardless of growth. The District cannot collect more than the annual payment. If the valuation is less than four percent, and the revenue from the levy at .85 will not meet the debt service in a given year, then the district will make up the difference using Capital Outlay dollars.

How can we be sure the district won’t change their mind on how the money is used? 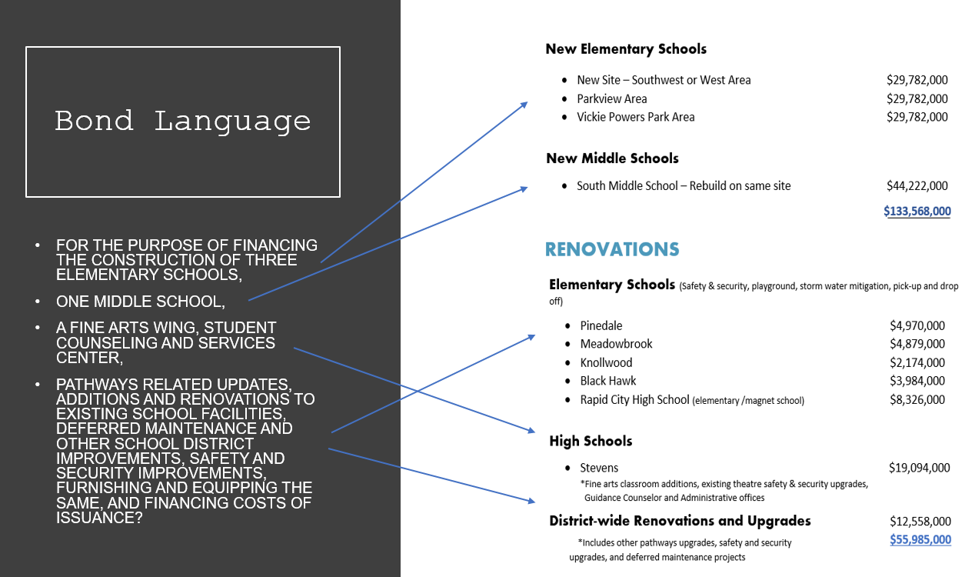 How will the bond be paid off?

What will the bond cost me?

Some are saying the bond gives the School Board the arbitrary ability to raise the levy to fund other things?  Some say this could be as high as $3/1,000 valuation.   Is that fact or fiction?

Can the school board arbitrarily increase my taxes?

What happens if property values decrease?

This school bond is just for phase one of the projects the district has outlined.  Will the district ask for another levy for phases two and three?

Why should we pass the bond now?

How can I check to see if I qualify for a tax freeze or tax assistance?

The South Dakota Department of Revenue offers financial assistance to the elderly, disabled and veterans through tax refunds and assessment freezes for those who qualify. To learn more, go to:  https://dor.sd.gov/individuals/taxes/property-tax/relief-programs/

How was the decision made to build three new elementary schools and one new middle school?

How long will it take to complete all of the projects listed in the bond proposal?

What would three $30 million elementary schools look like? What would the $45 million middle school look like? Are we getting a Chevy Impala or a Lexus?

What does $30 million for deferred district maintenance mean? Are the roofs caving? The foundations crumbling?

Did the task force consider accessibility issues for students (and the public) with physical disabilities and ADA when making its recommendations? If so, how is this reflected in the plan? If not, please explain why.

What is happening to the District’s Alternative High School - Rapid City High School?

Capacity is more than just the number of students a school can hold. The measure for capacity must also take into consideration the educational suitability and functionality of a school. The majority of RCAS’ buildings were ranked by MGT, a third-party consultant the District hired in 2015 to evaluate the District’s facilities, as “poor” in educational suitability, with Wilson ranking as “unsatisfactory”. The buildings being proposed for replacement with the funds from the school bond are the lowest-scoring on the combined evaluation score.

Please reference the MGT study on the School district website for more information. 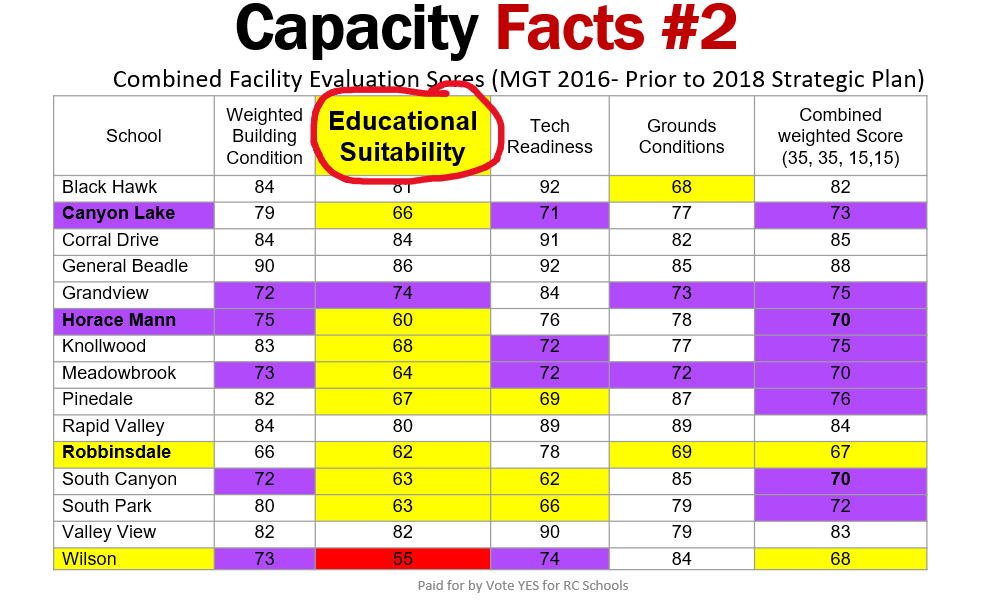 Educational suitability measures how well a facility supports the educational program it houses, including factors like:

How is a school’s capacity determined?

Which schools have capacity challenges now?

In 2015, the District’s functional capacity and utilization at the elementary level district-wide was 6,952 students. 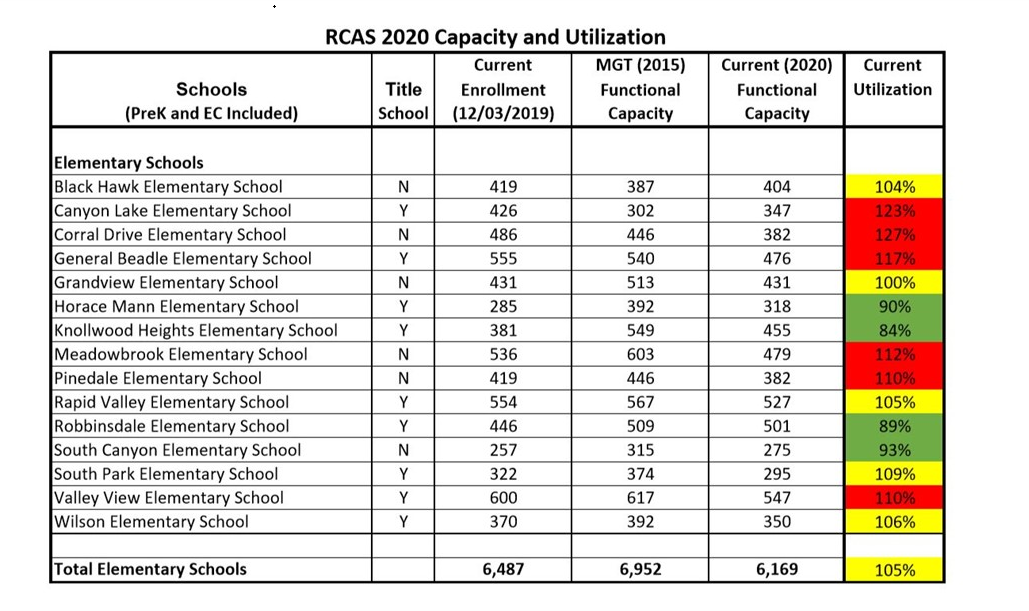 Currently, 11 of our 15 elementary schools are at or above functional capacity.

What are the optimal class sizes?

Is it true that the District is moving away from the concept of neighborhood schools and will eliminate bussing too?

Bussing will not end; however, this proposal does place schools in places where there are large concentrations of kids. As a result, more kids will have schools closer to their homes and fewer kids will need to be bused.

The fact is, the District currently busses many kids into town and across town because they do not have a neighborhood school.

Why not build a third high school?

Who is funding and paying for the yard signs and other Vote YES materials?

Can I vote if I don’t live within Rapid City limits?

What happens if the bond does not pass?

How are educational outcomes being addressed by RCAS?

Three years ago, Rapid City Area Schools (RCAS) began implementing its ambitious 5-year strategic plan with one broad goal in mind – to improve outcomes for all students. They are starting to see some encouraging results. Recently, the state released its annual report card.  In most areas, RCAS scores have improved – dramatically in some cases – over the year before, including:

Although science scores dipped last year, there are a number of new efforts happening in the District this school year aimed at strengthening our STEM efforts. STEAM2 (science, technology, engineering, art, math, and medicine) programming is now in all elementary and middle schools.

While state report cards and assessment data are important performance indicators, there are a number of other initiatives and happenings in our District that show RCAS is a District focused on growth and innovation.

*For further information, please refer to the MGT Study and other content at the RCAS District website at http://www.rcasfuture.org/